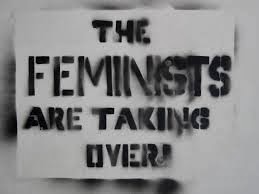 The various Men's Movements are, by common consent, much less effective than they might be. While this impotence is partly the result of incoherent aims, other problems are also at work. When a movement cannot clearly identify its targets, its energies cannot be effectively directed. In order to function and effect positive change, a movement must possess a clear conceptual map of its environment and adversaries. At present, the Men's Movement lacks such a map.

The main obstacle to producing this map lies in the movement's obsession with organized feminism. Indeed, many MRA blogs and sites incorporate the title 'anti-feminist'. This is not to say, of course, that feminism does not exist. Indeed it does, and exerts considerable influence on most western nations (most especially those in the Anglosphere and Scandinavia). The recent attacks on legalized prostitution in France and Germany are the work of feminists, for example.

However, much of the daily oppression men experience is not the work of feminists, as such. Rather, it is the product of what I shall term 'residual misandry'. Residual misandry is not 'created' by anyone; it is a free-floating entity embedded in most western societies at a deep, structural level. The notion that men are expendable is a good example of residual misandry. This assumption is embedded in law, politics, academia and the media, and long antedates the rise of pan-Anglosphere feminism in the late 1950s.


The distinction between feminism and residual misandry is crucial to understanding male oppression in the West. 'Conservative' masculinists seem to view all anti-male agendas as 'feminist' - as if feminists produced all films, books and laws, or ran all courts or political parties. Of course, a great many anti-male agendas are products of feminism - especially educational misandry, a rampant force in schools and colleges. However, if we consider anti-male agendas in the mass media or the family courts, it is hard to identify organized feminism as specifically responsible. Instead, such discrimination seems to be the product of a free-floating, ubiquitous misandry that, while present in all western nations, is especially potent in the Anglosphere.


In many instances, feminist views concur with institutional misandry. Hatred of the dynamic force that is male sexuality has a long history in the Anglosphere, for instance. And feminists have exploited 'residual misandry' to label all prostitutes as 'trafficked' and their patrons as 'abusers'. Indeed, the potent misandry of pan-Anglosphere feminism owes much to the residual misandry specific to Anglo-Saxon culture.

However, feminism remains for the most part distinct from 'residual misandry'. The fact that a male criminal is far more likely to receive a custodial sentence is not the result of organized feminism, but rather a free-floating notion that all men are 'evil'. Likewise, the fact that family courts favour ex-wives in every circumstance results from the same 'residual misandry'. My own contribution to the Men's Movement has been to describe this embedded, subliminal agenda, at least as it exists in the Anglosphere. Now, armed with an accurate map of the battleground and our adversaries, effective resistance is possible.

Anglo-American feminists continually tell us that their movement opposes sexual freedom for purely altruistic reasons – that is, that such freedom leads inevitably to illegal porn, ‘sex trafficking’ and other crimes. However, we in the libertarian Men’s Movement argue that these noises represent a vain attempt by ageing/obese/ugly women to restrict sexual supply in western societies, thereby raising their own socio-sexual standing. In short, we believe feminism functions as a ‘sexual Trades Union’ for women on the wrong side of the youth-beauty Bell Curve, nothing more. This is especially true of Anglo-American feminism which, despite its ‘revolutionary’ rhetoric, shares exactly the same repressive, misandrist values as traditional Anglo-American culture.

Now, devastating support for our position has emerged from the field of marketing. This demonstrates that women have an instinctive tendency to prefer marketing that promotes the ‘scarcity value’ of sex:


While sex appeal in marketing campaigns generally turns women off, it can entice them to buy a product when used correctly, new research suggests.

A study published in the journal Psychological Science discovered that women's otherwise-negative attitudes about sexual imagery in ads can be softened when the images are paired with a product that connotes high worth.

"Women generally show spontaneous negative attitudes toward sexual images," the study's authors, including psychological scientist Kathleen Vohs from the University of Minnesota, wrote in the research. "Sexual economics theory offers a reason why: The use of sexual imagery is inimical to women's vested interest in sex being portrayed as infrequent, special and rare."

Before starting their research, Vohs and her colleagues predicted that women's negative attitudes toward sexually explicit ads might soften if sex were depicted in a particular way. That is, the ads must portray sex as being of great value. The researchers predicted that sexual imagery would be less off-putting to women, for example, if paired with high-priced consumer goods, which can convey exclusivity and high value.

To test their hypothesis, the researchers had male and female participants view advertisements for women's watches. Some of the ads presented the watch alongside a sexually explicit image, whereas others pictured the watch against a majestic mountain range. Additionally, some of the ads priced the watch at $10 and others at $1,250.

The study's authors found that, overall, women who saw the sexual imagery with the cheap watch rated the ad more negatively in comparison to women who saw the sexual imagery paired with the pricey watch. Men, on the other hand, reported similar reactions to the sex-based ads, regardless of the advertised price. Researchers believe these negative ratings from women seem to be driven by their negative emotions — feeling upset, disgusted, unpleasantly surprised or angry — in response to the ad that paired sexual imagery with the cheap watch.

A second study replicated the first experiment's results and ruled out the possibility that men's ratings didn't differ because they deemed the women's watches to be irrelevant. In the second study, men gave similar ratings to sexually explicit ads that included men's watches, regardless of how the watches were priced.

The study's results surprised Vohs and her co-authors, Hong Kong University of Science and Technology’s Jaideep Sengupta and the University of British Columbia's Darren Dahl, despite corresponding with the predictions of sexual economics theory. The researchers were surprised that these effects occurred even when participants weren't actually in a purchasing scenario.

"Just a quick exposure to an ad was enough for theories of sexual economics to kick in," Vohs said. "This suggests that the process happens at a deep, intuitive level."


Now, all this reinforces our own perspective on Anglo-American feminism. Far from being 'revolutionary', its themes and preoccupations are those of 'traditional' women, at least as they exist in the Anglosphere. These shared preoccupations include misandry, repression and a hysterical desire to suppress male sexual choice.

The pigs on Animal Farm spring to mind.