Part of what makes Anglosphere women so disappointing is the vast gulf between the reality and the ideal. From their earliest years, Anglo-American males are bombarded with images of thin, witty princesses endowed with engaging personalities who want to have sex with everybody. Films, television shows and popular music all extol the delusion that men can be ‘saved’ by forming a relationship with one of these flawless, semi-divine creatures.

The reality, of course, is a massive let down: for obesity, shallowness, personality disorders, hypergamy and frigidity are what truly define women in the Anglosphere. Once the dream is shattered and truth takes hold, the red-pilled man begins to wonder if there are any limits to their criminality, cruelty and perfidy.The following case of Gemma Beale illustrates this dichotomy perfectly:

LYING Jemma Beale, 25, made false rape and sex assault claims against 15 different men — and sent an innocent man to jail for seven years, a court was told. Beale made allegations over three years but they were “grotesque inventions”, jurors heard.

She claimed she was attacked at a pub and outside her home, and gang raped in the street.
Beale said she was raped by nine men and sexually assaulted by six. All but one were strangers. Beale’s first allegation was against Mahad Cassim, who had given her a lift home after a night out. He was charged with rape and jailed for seven years.

But prosecutor John Price QC said: “That was a wrongful conviction. Mahad Cassim was innocent. The person responsible for the grave injustice was the defendant, through her false allegation and perjured evidence. She maintains that falsity still.”

Mr Price said it was “inherently improbable” Beale was attacked so many times and so frequently. He added: “Each of her reports was entirely false.”

In July 2012 Beale claimed she was sexually assaulted by four men with a piece of barbed wire in an alley. But jurors were shown CCTV of her walking home alone that night. Her injuries were self-inflicted, the court was told. In September 2013 Beale reported a sex assault by two men outside her home. Neither was ever identified.

Two months later, she reported a gang rape by eight men. One of those she identified, Luke Williams, was held on bail for two years. Mr Williams yesterday told how Beale had invited him to have sex with her at a party while her girlfriend was downstairs. He said: “I felt uncomfortable. I didn’t want her to feel rejected but I really didn’t find her attractive.”


Despite stories like these, the Anglo-feminist matrix still seeks to propagate the myth of feminine saintliness via films, television, popular music and the gynocentric gutter press. And so the gulf between reality and illusion yawns ever wider, with two principal results:
Rookh Kshatriya at 12:14 8 comments:

The Shadows of a Dream: The Rise and Rise of the Anglobitch Thesis 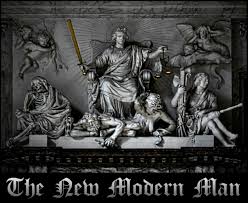 When I started this blog ten years ago, it was my intention to create waves and cast shadows across the Manosphere. I knew my key insight – that Anglo-American culture’s mistrust of sexual freedom had created an especially misandrist, belligerent form of feminism – was entirely correct, and needed disseminating. Far from being ‘revolutionary’, as tradcon MRAs believe, Anglo-American feminism springs right from the frigid heart of Anglo-American civilization. This explains the unstinting support feminism receives from the state in all Anglo-Saxon countries, and why all attempts to resist it have proved so utterly futile. There never was a ‘golden age’ of gender relations in the Anglosphere; the puritanical Anglo-Saxon cultural bloc has been pedestalizing women and vilifying men for centuries, and thinking men have resisted this tendency for just as long.

When I began this blog, it was always my hope that thinking men in the different Anglo-Saxon nations would interpret my core concepts in their own way, and that different writers would develop them in new and interesting directions. Now, this dream has come to pass. As seeds are scattered by the wind to birth new forests, new scholars and writers have begun to develop an online Anglobitch movement with an intellectual integrity of its own.

Foremost among these is the New Modern Man, an American blogger who has thrown off the misandrist shackles of American society for a new life in the Caribbean. Since most of my readers are based in North America, the national specificity of the NMM’s articles will be close to their hearts. He moves beyond my own strictly theoretical approach, offering life-coaching for Anglo males who really want that new life of true sexual freedom abroad. Yes, we all know the Anglosphere sucks for men but what do we do about it?  Here are links to some of his best articles:

Why Foreign Women are Better than the Anglobitch

I still Cringe when I Hear an Anglobitch Near

Are Gays Natural Allies of the Manosphere?

And here is an incredible article about Anglo women he wrote for the famous manosphere hub, Return of Kings:

5 Ways Anglo Women have turned themselves into Sex Objects

Speaking of ROK, here are two more excellent articles by other ROK writers which are unambiguously influenced by the Anglobitch Thesis:

Indeed, this sweet assortment is just the tip of the iceberg, because ROK is literally bursting with Anglobitch-derived material. 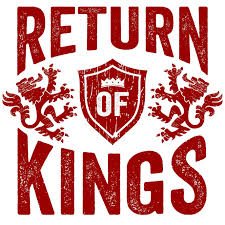 
Now we know a little more about Salman Abedi, perpetrator of the Ariana Grande concert bombings in the UK, he looks ever less like an Islamic terrorist and ever more like an American school shooter with a grievance against women.

I suspected this the moment I learned his primary targets were the obnoxious 'backbone' of Anglo-American society: teenage girls. We also know he was sent home from school for punching a teenage girl in the face. It doesn’t take Sherlock Holmes to work out Abedi was no fan of Anglo-American girls.

Of course, Islamist beliefs also inspired his murderous act. However, it could also be argued that his Muslim beliefs also primed him to challenge the female entitlement culture that rules the Anglosphere. After all, the concert he attacked was a gynocentric, homosocial festival of female ‘empowerment’.  Indeed, even the British media felt moved to comment that his intended victims – teen girls – seemed strangely ‘specific’ for an Islamist with a generic grievance against western society. The wave of public outrage that engulfed the Anglosphere in the wake of Abedi’s attack was driven partly by the nature of his targets; after all, teenaged white girls are an exalted demographic in Anglo-American culture.

We have already ascertained that Abedi, somewhat predictably, had no wife or girlfriend. Again, this sets him squarely among the ranks of college and school shooters, who are invariably marked by an inability to form relationships and long-term sexual disenfranchisement. It seems that he flirted with a party lifestyle before becoming a Jihadi, getting drunk and taking drugs but never managing to acquire a willing sexual partner. One suspects that female sexual indifference alienated him from this lifestyle, leading him to a basic (if fuzzy) grasp of the West’s endemic Sexual False Consciousness. In other words, his ‘conversion’ was as much a coping strategy for romantic failure as it was an expression of religious faith.

Predictably, the foregoing points will be completely ignored in ‘mainstream’ discussions of Abedi’s motivations. Admitting that male sexual disenfranchisement and alienation are major problems in the Anglosphere would create too many ‘waves’ in this culture, undermining its self-image as a haven of ‘liberation’ and ‘progress’.