Is the End in Sight? The First Mammal is Born to Two Mothers 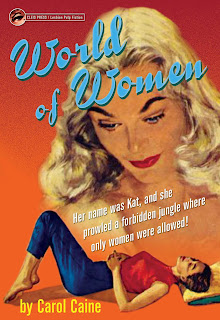 
Never has a major scientific breakthrough carried such sinister implications for mankind - specifically, for men.

“Sorry, chaps, you’re obsolete": that may as well have been the headline of an announcement that gripped the research community on Thursday, as the birth was revealed of the world’s first mammal born to two mothers.

A team at the Chinese Academy of Sciences stunned geneticists by revealing they had effectively rewritten the rules of reproduction, and in the process discovered exactly why some animals, including humans, need to have sex. The breakthrough came in the form of 29 mice successfully born to same-sex (female) parents.Not only were the animals born healthy, but they went on to have babies themselves.

A similar experiment using two male parents failed, however, the pups dying within days of being born.

In achieving the successful births, the researchers proved they had identified and overcome the factor that makes joint male-female involvement in reproduction essential for humans. Commentators said the study may pave the way for single-sex humans to reproduce in the future, although not any time soon. Mammals can produce offspring only through sexual reproduction using an female egg fertilised by male sperm.

Not all the natural world uses the same process.Some female birds, reptiles, fish and amphibians are able to reproduce alone, with hammerhead sharks and Komodo dragons some of the more colourful examples. The Chinese team set out to identify the genetic process that takes place at the point of mammalian conception that demands genes from both sexes.


They focused on a phenomenon known and “imprinting”, where for roughly 100 genes, only the copy that comes from the mother or only the copy that comes from the father ever becomes “switched on”. In human embryos, the male genes make up for the females ones that are not switched on and visa versa. It means an embryo made up of same-sex genes will effectively have some missing.

To overcome this barrier, the scientists obtained some embryonic stem cells from a female mouse and used the gene-editing Crispr-Cas9, which has been likened to a genetic pair of scissors, and were able to remove maternal imprinting by “snipping” out a single letter of genetic code from three crucial regions. The edited stem cells were then injected into the egg of a second female mouse, which successfully formed an embryo. Two-hundred-and-ten embryos were created to yield the 29 live mice.

Co-senior author Qi Zhou said: "This research shows us what's possible. We saw that the defects in bimaternal mice can be eliminated and that bipaternal reproduction barriers in mammals can also be crossed through imprinting modification."

Dr Teresa Holm, from the University of Auckland, said there is a chance in the long run that the technique could be developed to apply to humans. "[The research] may even lead to the development of ways for same-sex couples to reproduce healthy children of their own,” she said, although she pointed to “significant ethical and safety concerns that would need to be overcome”.

The researchers also produced 12 full-term mice with two genetic fathers, using a similar but more complicated procedure. These were transferred, along with placental material, into surrogate mothers. The bipaternal mice pups only survived for 48 hours after birth.

A spokesman for the Progress Educational Trust, a charity concerned with the ethics and law of genetic-assisted reproduction, said: "Creating a genetic offspring from two mice of the same sex is an exciting achievement. The scientific challenges and legal barriers that would need to be to overcome to make this possible in humans are huge and so make this unlikely to happen any time soon. That said, we should start discussing whether this is a noble endeavour."


The legal and scientific 'barriers' this spokesman speaks of are so much moonmist and hot air. In the Anglosphere, the law is a feminist plaything. It has ensured that virtually all reproductive  rights and decisions are now firmly in female hands, with fathers little more than disposable sperm-donors and ATM machines. As we also know, the whole essence of the Anglosphere is gyneocratic misandry, an inevitable expression of its residual puritanism and attendant anti-life agendas. This culture detests masculinity, originality, virility and other masculine virtues; it prefers men to be desexualized pseudo-women, hence the endless support for the 'trans' subculture emanating from every orifice of 'mainstream' Anglo-American society.

In sum, this scientific news must have sent the Anglo elites into paroxyms of joy: their dream of a man-free society bereft of dissent, honour, reason and progress is at last in sight. 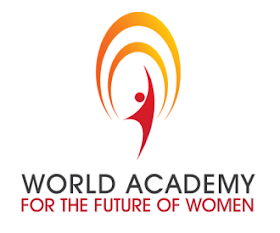 Tales from Gilead: Why 'The Handmaid’s Tale' is Utterly Deluded Cowshit

The Handmaid’s Tale is all the rage among Anglo-American women. Everywhere I go they seem to be babbling about it - as if, at literally any moment, they were going to be stuffed into Victorian dresses and forced to bear rich men’s children. In truth, The Handmaid’s Tale is failed science fiction: despite falling birth rates around the industrialised world, no advanced democratic country has done anything to limit female reproductive freedom. In fact, most countries have actually extended it (Ireland being a notable recent example). Moreover, the West is becoming more secular on every measure, with the average Christian now an affluent white female (the same demographic who watch The Handmaid's Tale, oddly enough).

So why, then does this lame 80s novel and its various spin-offs retain such a strong hold on the female imagination? It bears no relation whatsoever to existing affairs and social currents are moving ever further from the scenario it describes.


The following article shows the terrifying reality – that the Anglosphere is now an open matriarchy where women can get away with literally anything, including (in fact especially) the grooming and sex abuse of minors:

A NSW teacher's aide who blamed a weight loss drug for dramatically increasing her sex drive before she groomed a student for sex has received a suspended 12-month jail sentence.

Today, Newcastle Local Court magistrate Robert Stone said Jackie Hays was remorseful, unlikely to re-offend and would continue psychiatric treatment in the community which was not available in prison. The 51-year-old sobbed in court while being sentenced.


She was placed on a 12-month good behaviour bond after the magistrate accepted she was "immensely sorry" for the inappropriate behaviour which had been out of character.


The magistrate said Hays, who's been diagnosed with a borderline personality disorder, was disappointed with herself and had learned from her mistakes.

Hays pleaded guilty to grooming the 15-year-old student for sex in 2015 after becoming infatuated with him. She sent him numerous explicit text messages. The 51-year-old turned to the boy's mother on Wednesday and said "sorry darling" before leaving the courtroom.

Hays had blamed the weight loss drug Duromine for causing her sex drive to dramatically increase and impair her judgement, but Mr Stone found the drug had no significant impact on her predatory behaviour.

Legal Aid lawyer Gillian Jewison had argued Hays started taking Duromine four months before she began targeting the teenager. While there was no medical evidence linking the drug to Hays' offending, Ms Jewison said the mother of two's friends noticed she seemed to be ''off the planet'' and acting bizarrely.

When Hays was interviewed by detectives she described the text messages sent back and forth to the boy as "filth." Hays, who was 47 at the time, was willing to have sex with the teenager who attended the same Hunter Valley school where she and the boy's mother worked. But she claimed she wanted to wait until he turned 16.

Mr Stone said the mother of three had been in an unhappy marriage and her emotional needs were not being met when she began sexting the boy. She would have faced a maximum penalty of 10 years in jail if the case had been heard in the District Court, but prosecutors agreed to have the matter dealt with in the Local Court where the maximum penalty was two years.

Hays was initially charged in mid-2017 with five offences alleging she had been sending explicit text messages and phoning two students, but four of the charges were dropped after she agreed to plead guilty to one count of grooming a child for unlawful sexual activity.

So there we have it: women can now groom and abuse minors with complete impunity. What feminist still seriously dares to claim a man would have escaped a jail sentence for the same offences? Given the well-attested privilege women are shown in the education system, in job selection, in the media, in reproductive matters, in healthcare and before the law, one is left completely baffled by the popularity of The Handmaid’s Tale.  In reality, female power and privilege expand with each passing year. The Anglosphere is an openly misandrist, gynocentric matriarchy, yet Anglo feminism still insists – or needs to insist – that women are somehow sexually oppressed and downtrodden.

I have already written about the Anglo-American fixation on meddling in the affairs of other countries, a project designed to mask the various dysfunctions of the Anglo-American bloc itself. This fixation allows Anglo feminists to claim female oppression in Mozambique or Iran somehow applies to themselves (as 'women'), thereby occluding the gynocentric misandry that prevails in countries like Australia and the United States. The Handmaid’s Tale is merely the next step in this project of obfuscation and self-delusion, with a hypothetical fantasy world replacing the 'global misandry' so beloved by Anglo feminists.


I have a theory. Women are now so exalted across the Anglosphere, so obviously advantaged in every sphere of life, they can only feed their need for victimhood by retreating to a fictional world of imaginary persecution. The triumph of Anglo-American feminism has been so total that its devotees can only maintain their cherished victim status by confusing fantasy for reality.

In sum, they have lapsed into insanity.