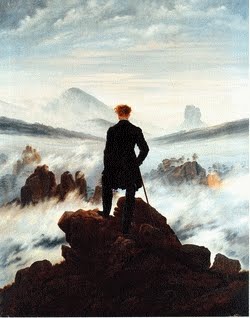 While the burgeoning Anglo-American LGBTXYZ agenda presents itself as a revolutionary challenge to the existing social order, reproductive sterility and gender confusion are really conforming to the Anglosphere's traditional sexual agenda and dancing to its tune. As I showed in my previous article, the Anglo-American colonial elites imposed puritanical values on subject groups as part of a strategic social control policy, not for religious reasons. By stigmatizing virility as 'unclean' they could keep subect populations low and thus exploit them without fear of revolt. And this programme worked very effectively for several centuries.


When considered in this cynical light, the whole Anglo-American anti-sex, gynocentric and misandrist agenda becomes wholly explicable. It also best explains why the United States - with its overmastering need to regulate the reproductive fecundity of slaves, convicts, non Anglo-immigrants, indentured servants and Native Americans - should be the most misandrist and sex-negative of all the Anglo nations. Further, the well-attested racist and elitist currents underlying American feminism are best explained by its origins in a post-colonial society.


Like feminists, the LGBTXYZ lobby claim to be in revolt against the prevailing social order while identifying with all its primary agendas. Anglo feminists hate sex with all the vehemence of a New England spinster; meanwhile, the non-binary coalition hate heterosexual freedom with all the zeal of an Alabama slave-master... go figure. Seldom in history was anyone more deluded as to their true inspiration or motivations.

Anyway, here's a Happy Christmas to you all.

Another Factor in the Ascent of Misandist Anglo-Feminism: The Colonial Heritage

Why has misandrist feminism been so successful in Anglophone countries? This question has begun to haunt me. Too many anti-feminists use conspiracy theories to explain the rise of misandrist Anglo feminism. While there have certainly been a number of social, political and religious groups promoting feminist agendas, their writings would never have achieved mass or institutional support if such support did not already exist. The Frankfurt School and other pro-feminist intellectual movements can only flourish if the social soil is already receptive to their message. For example, the Frankfurt School only adopted an infiltration agenda when its calls for a proletarian revolution failed in affluent post-War North America. There is also the issue of institutional compliance. Some nations or cultural blocs have pre-existing institutions which are especially ripe for subversion. For example, the Anglo-American Common Law legal system has proved incredibly susceptible to feminist manipulation in recent years. Similarly, existing historical memes or traditions can hinder or facilitate subversive agendas; and one of these is my topic here.

A former corrections officer gave us an extended essay in which he argued that the distinctive cultural heritage of the Anglosphere countries had a major role in the emergence of misandrist feminism. His view was that Anglo feminism exploits the residual resistance of former subject races in post-colonial Anglo countries to lever outrageous and unwarranted privilege for entitled white women.

While this assessment is accurate enough, I have begun to detect another pro-feminist dynamic in the colonial legacy. This is kind of residual racist puritanism deriving from a distinctive Anglo-Saxon obsession with limiting the reproductive fecundity of 'subject' races or classes. It is no surprise that this obsession is strongest in the Anglo countries with a troubled colonial past built on slavery and genocide, such as Australia or the United States. After all, those nations had most to gain by regulating or limiting the reproductive fecundity of slaves and ‘subject’ races.

This realization came to me from free discussions with Hondo Solomon, an insightful black American writer who teaches the virtues of polygamy. In his view, the Anglo-Saxon obsession with imposing sexual repression on subject peoples is largely to keep their numbers low, thereby minimizing the threat of revolt. In addition, Hondo also claims that Anglo-puritan monogamy was also promoted to keep subject populations at a low genetic standard by deliberately preventing the natural proliferation of alpha genes for leadership and intelligence: a kind of soft dysgenics.  Judging by the hunchbacked, autistic morons inhabiting English towns and cities, this policy has proved fairly effective in the British Isles – its original testing-ground. Hondo also claims that the American obsession with professional sports also derives from its colonial legacy – the obsessive measurement of physical attributes and performance originating in the slave trade.

Returning to The Anglobitch Thesis, if we focus on the sexual elements of Anglo-American colonialism we see a ubiquitous and concerted attempt to associate religious guilt with sex among subject populations. We also see a determined attempt to replace religions which celebrate reproductive fecundity (voodoo, Islam, Catholicism, Judaism and Hinduism) with guilt-laden Anglican Christianity and its sickly cult of reproductive sterility. Let us note that this insidious campaign is colour blind: it oppresses Highland Scots or the English lower classes as much as is does Black Americans, Aryan Hindus or Black Africans. Wherever he goes the patrician Anglo-American tries to impose his woman-worship, guilt and latent homosexuality with one goal in mind: to limit subject populations’ numbers and genetic quality, thereby reducing the threat of revolt against his rule.

Even though its original inspiration has long gone, the same repressive spirit persists as a habitual residue in all Anglosphere countries. Moreover, it is one of the residual memes that has contributed most to the rapid rise of sex-negative misandrist feminism across the Anglosphere. As usual, Anglo-feminism draws strength and succour from the very forces it claims to oppose.

Anglo feminism has nurtured a racist seed since its very inception, so such an alignment should come as no surprise when we consider the colonial origins and uses of Anglo-American Puritanism. Lynchings and other Anglo-American race-crimes typically represented a working collusion between early feminists and imperialists, typically framed as a hysterical campaign to ‘protect’ exalted white women from the animal lusts of black slaves. This sexual Nazism still contaminates Anglo feminism, albeit at an unstated and subliminal level (consider feminist Reclaim the Night marches through black areas, which covertly assume that all black men are rapists). Of course, inculcating the colonising race with puritanical values also serves the colonial enterprise by inhibiting interbreeding with subject peoples, with obvious benefits for the colonial project. It is far harder to maintain a colonial culture of exploitation when many of the exploited share genes from the colonising race. The ‘Pretty White Girl Syndrome’ which saturates the Anglo media is entirely dedicated to exalting white Anglo girls as unattainable deities beyond all reproach; surely another warped legacy of colonial Anglo-elitism.

My thought has reached a crucial impasse on the issue of sex-negative, misandrist Anglo feminism. It is no longer enough to consider the Anglosphere’s puritanical religious heritage the only force underpinning the Anglo-feminist agenda. Other countries have a strong Protestant tradition (Holland, Germany, Denmark) yet still lack sex-negative feminism of the Anglosphere variety. Other factors must underlie misandrist Anglo-feminism, while sustaining its agenda. Obviously, malleable Common Law is one of these; other prime candidates are genetics, empirical machine values, homosociality and class distinction.

However, the post-colonial dynamic also serves and abets Anglo-American feminism, as we have seen. Its legacy gives Anglo feminism its distinctive racist, misandrist and sex-negative character, especially in those countries where colonial oppression was strongest.