Who is to blame for feminism and its cataclysmic effects? This is one of the great conundrums within the field of Men's Studies. As well as being of intrinsic interest, it is also of great practical importance: for if we cannot identify where the problem lies, how can we possibly correct it? Some say it is men, others women. However, a third possibility exists: society itself. This is because laws and language are systems of information that transcend any individual consciousness.

The Anglobitch Thesis is in many ways far ahead of other MRA concepts, since it stresses the structural aspects of feminism: that is, the cultural aspects. How can we change things? If society is a vast information programme, then it is possible to change it by introducing new data, as one changes software output by inserting different variables. MRA sites, blogs and so forth are already having an impressive effect in this regard.

In our view, Anglo American feminism has become institutionalized via complex, non-linear feedback loops that accentuate behavioural trends implicit in human behavior by virtue of our evolutionary heritage. These have become embedded as socio-cultural memes in law, language and politics as immutable ‘norms’. A good example would be the offhand deference shown to women by the Anglo-American media. This originated in the biological need to safeguard young women in order to expand early hunter-gatherer societies, the first societies in the crudest sense. Then, this tendency was accentuated by non-linear feedback loops to become embedded in communal life.

Beyond this, as true institutions emerged, these norms became embedded in the social nexus at a primal level. These persist as ‘fossil values’ in modern culture, unaccountable 'transparencies' that legitimate offhand devaluation of the male. Anglo American culture above all others promotes female advantage in this manner, because its archaic puritanical assumptions persist as fossils in contemporary, post feminist culture, promoting women on pedestals and vilifying all males as sexualized creatures.

Lower class Anglo-American populist culture gives a perfect example of this pernicious process in operation. As Robert Wright of Harvard has shown, lower class families value girls more because a lower class girl can still find a sexual partner despite her poverty - and thus still manage to reproduce. For a lower class male, this is much less likely. This is why lower class women have another child as soon as possible after a boy is born: a boy born in poverty is a biological liability, a waste of time and resources.

Now, it is obvious that contemporary lower class populist culture is deeply misandrist, assuming all males to be rapists, paedophiles and so on. A cursory glance at any lower-class media product will prove this. Now, the lower class media’s owners/managers do not sit arounge their offices saying, “Hey – let’s hate men today!” Rather, the customs and working methods they have developed by trial and error achieve exactly the same result as a carefully-engineered misandrist social programme, albeit unconsciously. In short, the misandrist agenda is amplified by nonlinear feedbacks, becoming embedded in organizational procedures to produce convergent results. At no point, however, did anyone ever consciously plan any of this: it arose entirely by spontaneous, self-organising social processes. In our view, exactly the same process occurs in law, politics and the 'highbrow' media - albeit in a more complex, multi-tiered and symbiotic manner. Indeed, the German scholar Niklas Luhmann claims that the law and other complex institutions are actually self-organising entities in their own right, which spontaneously adapt to (and embody) socio-cultural shifts. It is inviting to think that, in practice, Anglo-American law also embodies unconscious misandry for the same reason. 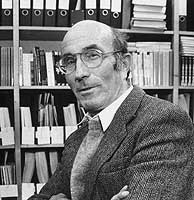 Indeed, if we consider the foregoing discussion carefully, the Anglo-American MRA fixation on ‘conservatism’ to reverse the ills of feminism is entirely mistaken, in that Anglo-Saxon 'conservatism' merely reprises the core values of Anglo culture, which inherently exalt women while denigrating men. Simply calling on that culture for salvation from Anglo feminism is hopeless, since puritanical Anglo-Saxon culture is inherently loaded with vicious misandry in the first place!

Obviously, reprogramming the culture will be no simple task – however, the more difficult path is invariably the most rewarding. Indeed, some of the articles and essays on this blog and our associated Anglobitch site serve as a good foundation for this unqiue conceptual enterprise. A new language of equitable gender relations must be formulated by MRAs from all over the Anglophone nations if the Anglosphere is to survive the depredations of Anglobitch feminism. American pragmatism, British objectivity, Canadian conscience, Anzac verve and Indian spiritual depth must all be mobilized against the fossilized, catastrophically misandrist memes embedded within Anglo culture.

In conclusion, no one party is ‘to blame’ for Anglo feminism. No one is ‘to blame’ for the inherent misandry of Anglo-American institutions. There is no conscious misandrist agenda, only non-linear recursive feedbacks that produce exactly the same effect – giving observers the impression that such a conscious agenda exists, when in fact it does not. The main challenge for Anglo-American MRAs lies in deconstructing the hegemonic memes of the existing culture to challenge its ubiquitous rhetoric of anti-male oppression.