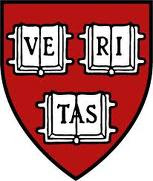 This interesting (if irritating) article from the Harvard Crimson suggests the illustrious college is hardly a hotbed of sexual liberation. This finding chimes well with the Anglobitch Thesis. Elite Anglo-American institutions such as Harvard are embodiments of Anglo-Saxon cultural values, namely repression, misandry, puritanism and feminism, so such findings are fairly predictable.

How much more evidence do people need that Anglo culture is deeply repressive? Here we have a substantial proportion of young people in their physical prime contained in a co-educational setting having little or no sex for four years. Note how the author explains this gross dysfunction by 'academic pressure' rather than puritanism, misandry or feminism. Recreational heterosexual intercourse normally takes a few minutes to complete, so even that argument falls flat (pardon the pun). How much time do the students need?

The blunt fact is that decades of homosocial, Anglo-American gender-feminism have poisoned relations between the sexes. Note how the article makes no mention of Harvard's draconian 'Antioch Rules', wherein males require legal permission to hold womens' hands, kiss and so forth. At Harvard, healthy, natural instincts have been comprehensively erased by anti-sex, misandrist feminists. Twenty-first century Harvard College might as well be set in seventeenth century New England or Cromwell's joyless Commonwealth.

What an unmitigated disaster... 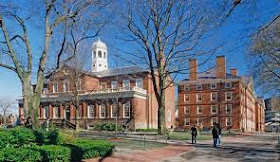 The complaint that Harvard is a barren wasteland of sexual destitution is not without merit. According to a Crimson survey of the class of 2009, in their four years at Harvard, 52 percent of the students had one or zero sexual partners, and only 28 percent had even one dating partner. Add these statistics to the blogs, studies, and numerous recent articles about how Harvard students can’t get any, and you can’t help but feel bad about your sex life. Harvardfml and d-hall gossip don’t help either.

Luckily, the illusion that everyone else is having more sex than you is not specific to Harvard, so if your neighbor’s all-too-audible Saturday morning romps have got you feeling blue, take heart. “Go Ask Alice!”—Columbia University’s Dear Abby-equivalent—reports that the majority of polled college students also had zero or one sexual partners in a given year, while believing that their peers were having three times as much sex as they were. Other revealing statistics include that 31 percent of U.S. college women are still virgins at graduation and that college male sexual activity is down from 2.1 partners in 2001 to 1.6 partners in 2006.

These stats are comforting until you realize that Harvard is still only at or below the mean. This perhaps indicates that Harvard is indeed a barren wasteland of sexual destitution. Why? “Because you all are so dang hard to get a hold of!” quipped my MIT friend. It’s true. He and I spent two weeks trying to find a time simply to get coffee. Every cancellation and re-schedule had been my fault, because of lab, section, rehearsal, or work. This type of social avoidance and excuse making is distressingly common in our college’s culture. As has been pointed out in all those “Harvard-doesn’t-have-sex” articles, every Harvard student is chronically over-scheduled. What they don’t point out is that we are over-scheduled of our own volition. Everyone puts their work first, believing that in the long run, an on-time Gov 20 paper will be more beneficial than a potentially-awkward date with last Saturday’s hook-up. This generates a society of isolated academia, and we lose sight of the fact that one year from now, that paper’s grade will mean nothing. And that date may have been the start of something really special. 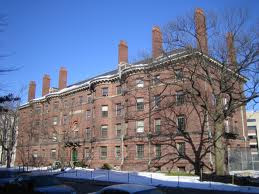