Male Singleness and the Rise of the Men's Movement (or, the Fringe Benefits of Sexual Disenfranchisement) 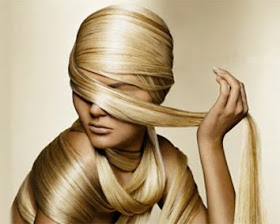 Why has the pan-Anglosphere men's movement exploded into life in recent years? Even in the late Twentieth Century, the movement was fairly marginalized, with a mere handful of male writers daring to criticize feminism.

Since about 2007, all that has changed. We have made the Internet our own, creating a potent network of blogs, sites and fora in every digital arena. We have made some legal gains (consider the limited anonymity granted to the accused in British rape cases). Many female journalists in the pan-Anglosphere press express increasing concern about the decline of masculine chivalry and the rise of Game, MRA activism and foreign dating sites.

Obviously, the Internet has had a major role in this explosion. The pan-Anglosphere 'mainstream' media reflexively project a feminist, matriarchal perspective since (as we all know) Anglo-Saxon culture is implicitly feminist, anyway. The Internet therefore represents a natural medium for counter hegemonic masculinist initiatives - indeed, perhaps the sole avenue. And of course, the 'mainstream' media are atomizing or declining, further strengthening the masculinist agenda.

A new, iconoclastic spirit is abroad. After hating on men for the past thirty years, Anglo-American women are suddenly waking up to the fact that American men don't like them very much. This explains their shrill denunciation of foreign dating sites, Game, activism, the escort industry and other dynamic masculine responses to their casual misandry. American men are saying: "Ok, Anglobitch - if you hate men, that's fine. I'll just jet off to Russia, Venezuela or Thailand to find a woman who likes men - and thinner, prettier and sexier than you, to boot." 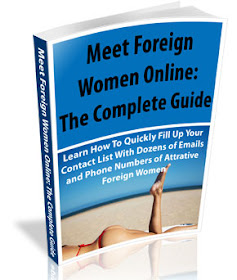 The oddest thing about this is the Anglobitch response - when Anglo-American women have directly engineered these outcomes. Freed by singleness from any need to delude themselves about women, American men have addressed their issues with typical dynamic candor. Their reward is a cacophony of abuse from the entitled Anglobitch and her 'mainstream' media apologists, still steeped in infantile subjectivity and mouthing the same tired, feminist mantras: 'You can't handle a strong woman'; 'men are trapped in the past'; 'women know what they want'; 'men just want an unpaid house-servant'; and so on.

However, another factor is at work in this great masculine awakening, not just the expansion of the Internet and its infinite capacity for democratic, rational discourse. With various national modulations, the Anglosphere has witnessed the steady decline of stable, monogamous relationships since the mid-Seventies. Today, over 50% percent of American marriages fail and ever-increasing numbers of singletons of both sexes proliferate. In some American urban centers, most people are now single and unattached. In the UK, a third of households are now headed by single people, something unthinkable only a generation ago. 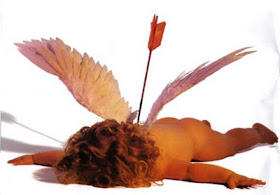 Interestingly, the men's movement has burgeoned in accord with this demographic shift. This surely relates to the fact that - without close female kin - many Anglo males can now view western women with a clear, objective eye. When men have wives, partners or daughters, they cannot afford this ruthless objectivity; they have too much personal investment in their female kin. But now, with ever more males living in isolation from females and without emotional links to them, they are free to analyze female insolence and entitlement for the first time.

Let us elaborate. When nearly all men had female partners and children, they had a biological incentive to ignore female privilege. After all, their own wives and daughters were the principal recipients of it. Once a large proportion of men no longer had wives or daughters, however, chivalry instantly lost its ulterior biological incentive. Consequently men began to see women in their true light, as state-sponsored tyrants and pedestal princesses. This, I would aver, is the major reason for the recent rise of the pan-Anglosphere men's movement. When one's wife and daughters are safe in the lifeboats, chivalry makes sense; when one has no wife or daughters, it makes no sense whatsoever. Thus the men's movement represents a conceptual revolution comparable to the European Enlightenment, with the same profound implications. 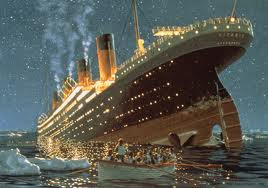 Many more men are asking: "why should I continue apologizing for women? What's in it for me?" When men are single and childless, the answer is simply this: nothing. Gender objectivity is the privilege of the single, never the sexually enfranchised. Hence, the recent explosion of single men has facilitated a heightened objectivity concerning gender-relations and, ultimately, the rise of the men's movement. I think this a very profound and overlooked fact, and one that might be manipulated to further our cause in the fullness of time. It also explains the middle-class, hyper-rational ethos of the pan-Anglosphere men's movement, since such objective self-awareness always defines the educated and intelligent, never sentimental dullards. Calls for female draft registration and an end to to pro-female educational and legal discrimination all spring from the same source: unfettered objectivity.
Rookh Kshatriya at 08:28