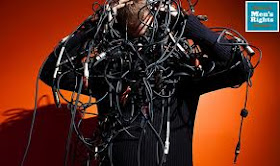 The following research has some interesting implications for anti-feminists and the international Men's Rights Movement:

Faith no more! From New Zealand to Canada, religion 'to become extinct' in nine countries

Religion is on course to virtually die out in nine countries, according to a new study. Research using census data from a selection of countries concluded there is a steady rise in people claiming no religious affiliation. The findings, unveiled at a American Physical Society meeting in Dallas, was drawn from data stretching back 100 years from these countries: Australia, Austria, Canada, the Czech Republic, Finland, Ireland, the Netherlands, New Zealand and Switzerland.

The study was carried out by Northwestern University and the University of Arizona. Richard Wiener, of the Research Corporation for Science Advancement, led the scientific survey. He said: 'In a large number of modern secular democracies, there's been a trend that folk are identifying themselves as non-affiliated with religion. 'In the Netherlands the number was 40%, and the highest we saw was in the Czech Republic, where the number was 60%.'

Mr Wiener did, however, admit the highly-formulaic study only provided ‘suggestive results’ and recognised it did not represent the structure of modern society with the way it calculated each person being influenced equally by all other people. It followed a formula used in 2003 research on the decline of lesser-spoken world languages. At its heart is the competition between speakers of different languages, and the 'utility' of speaking one instead of another, the BBC reports. Mr Wiener said: 'The idea is pretty simple: social groups that have more members are going to be more attractive to join. 'For example, there can be greater utility or status in speaking Spanish instead of the dying language of Quechuan in Peru, and similarly there's some kind of status or utility in being a member of a religion or not.' Put simply, it shows that social groups have a kind of 'gravity' that drags in more people the bigger they are.

The same principle can be seen on the web when it comes to the growth of some social networking sites over others. The paper adds: 'Some other competitive social systems in which identical or very similar models may apply include, for example, smoker versus non-smoker, vegetarian versus meat-eater, obese versus non-obese, and Mac user versus PC user.'

Mrs Wiener said: 'It's interesting that a fairly simple model captures the data, and if those simple ideas are correct, it suggests where this might be going. 'Obviously much more complicated things are going on with any one individual, but maybe a lot of that averages out.' 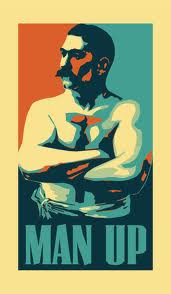 I believe that the insidious growth of misandrist feminism so ably described on the gynotheory blog is partly due to its high 'social utility' - the countless advantages it showers on its adherents (both male and female). Of course, the fact that Anglo-Saxon culture harbors a puritanical, reflexively misandrist animus has also facilitated this hegemonic expansion.

By contrast, the Anglo-American Men's Rights movement remains a weak, marginalized social entity. Unlike feminism, it enjoys little or no 'social utility', rather resembling some obscure sect like the Shakers. Most MRA activity remains virtual, seldom infiltrating the mainstream media . Feminism, by contrast, has thoroughly infiltrated the socio-political establishment. In sum, MRAs remain cultural outlaws - which, while it may be superficially romantic leaves us with no real power and no chance of changing anything. This is merely an objective assessment. 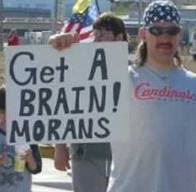 Unless the social utility of Anglo-American masculinism improves dramatically, it must remain an obscure subculture associated with social and political failure. Consider the relative success of Futrelle's Manboobz blog: both women and manginas flock to it despite the abysmal level of research and argument contained therein. Women enjoy it because it notionally reinforces the social advantages and spurious victim-status they revel in; manginas and White Knights flock to it because it ingratiates them with women, offering the prospect of sexual relations. By contrast, this blog only attracts high IQ males from across the Anglosphere and beyond, despite its robust conceptual foundations.

In our perspective, the misandry inherent in Anglo-American culture plays a potent role in maintaining the elevated social profile of feminism - an ongoing, omnipresent Kulturkampf. In Anglo-Saxon culture we have a Manichaean dualism that reflexively equates boys, men and masculinity with evil and girls, women and femininity with good. This covert campaign perpetuates the parlous state of Anglo-American masculinity and assures the cultic marginalization of the Men's movement. 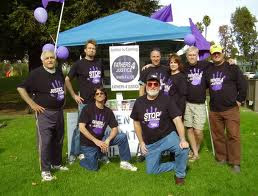 As ever, the 'old style' masculinism which yearns to return to some mythical 'patriarchal' past (when Anglo-Saxon culture has always maintained an informal contra-masculine position) merely maintains the poor public image of organized masculinism. Indeed, the abject public image of Anglo-American MRAs - angry, maladjusted men living in trailer parks with guns under the bed - is continually reinforced by both Anglo culture and 'traditional' masculinists themselves.

Somewhere along the line, if MRAs are serious about rising from subcultural obscurity to become a credible political force across the anglosphere, a complete redefinition of contemporary masculinism is essential. It needs to confer the social benefits presently showered by feminism on its adherents - state-sanctioned legal, healthcare, welfare, educational and media advantages, not to mention (for men, at least) improved access to sex. On all these fronts, masculinism has shown itself an unmitigated failure. A complete conceptual translation is required to liberate the movement from its 'utility ghetto'. Smart, progressive, rational, overclass, self-aware and sexy - these are the core 'social proofs' any successful movement must demonstrate to flourish in this image-conscious age - and presently, in the coarse hands of 'old style', reactionary MRAs this movement projects none of these benefits.

Of course, it is much easier to argue for this redefinition than to actually realize it across the Anglosphere. Reactionary MRAs - what I call 'the 1958 brigade' - presently define and control the movement's public image (such as it is). However, if the Anglo-American men's movement is to transcend its currently marginalized and ineffective condition, such redefinition is imperative. At least online, the good news is that a growing network of thoughtful, urbane blogs, sites and fora - Gynotheory, Scarecrow's Blog and several others - are injecting a measure of positive 'social equity' into the movement. However, much more positive activity is needed to lift this movement with the necessary 'social utility' to seriously contest the feminist hegemony. 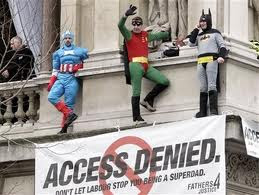