Are Men and the Manosphere Evolving Away from Sexual False Consciousness? 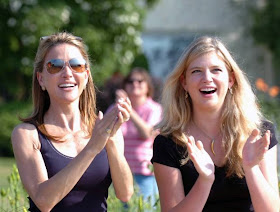 As I have explained in detail elsewhere, Sexual False Consciousness is the widespread male delusion that young, attractive women hand out sex for free. Moreover, not only do they spend every hour of every day handing out free sex, they give it to ageing, blue-collar schlubs in pick-up trucks. All utter nonsense, of course: and yet such delusions are ubiquitous among blue collar males, who truly believe that 18 year old models are gasping for sex with mechanics and road-sweepers.

Sexual False Consciousness is the erotic expression of the American Dream and it serves the same purpose in neutralising the masses as its economic counterpart. Like the American Dream, SFC encounters little resistance because most American males have bought into the delusion they can achieve it. And because the sexual rewards for success are so alluring (and the price of failure so catastrophic), they cannot accept that most of them will never have sex with actresses, models and other attractive women. Like blue-collar schlubs who seriously think they have a chance with models and actresses, the average American male would sooner wallow in delusions of sexual success than accept his sexually disenfranchised reality. In the following video, the audience readily laps up the  fiction that some fat, semi-ethnic schlub can attract the interest of a young white beauty:

There it is: clear proof that SFC is alive and well in 21st century America. In fact, only with the rise of the Internet has Sexual False Consciousness been offered any challenge since the mid-1960s. Little wonder that males from generations Y and Z are the first to begin throwing off its brain-rotting yoke.

Men from the less extreme end of the misogynistic spectrum are drifting toward groups that espouse violence against women, a new study suggests.

In 2014, Elliot Rodger went on a shooting and stabbing spree, killing six and injuring 14 at the University of California, Santa Barbara. Rodger was a self-proclaimed “incel” (short for involuntary celibate)—a group of young men who feel furious at their perceived rejection by women and meet online to discuss and spread their ideology. Their toxic misogyny fuels a hatred for women that has led to several recent incidents of mass violence, with many incels citing Rodger’s own disturbing manifesto as an inspiration.

The authorities are taking note. Last month, the Texas Department of Public Safety released a report finding that incels “are an emerging domestic terrorism threat as current adherents demonstrate marked acts or threats of violence in furtherance of their social grievance.”

Now a group of computer scientists have painted the most complete picture yet of the misogynistic groups that fuel the incel movement online.

The “manosphere,” as it is known, is divided into four broad groups. “Men’s right’s activists” (MRAs) claim that family law and social institutions discriminate against men. “Men going their own way” (MGTOW) take this feeling of grievance further, arguing that society can’t be “amended”; they often avoid women, blaming them for their problems. “Pick-up artists” (PUAs), meanwhile, date and harass women; they believe society is “feminizing” men.

And then there are the incels, the most potentially violent of the group. Incels abide by the “black pill,” a belief that women use their sexual power to dominate men socially. For that, incels want revenge.

The team’s analysis found that the manosphere is evolving—and fast. Over the past 10 years, the population of men identifying as men’s rights activists and MGTOW—traditionally older and less violent—is falling while younger, more toxic PUA and incel communities have seen a spike.

Worryingly, it seems that there has been a significant migration from men’s rights groups to incel groups. Every year since 2015, around 8% of MRA or MGTOW members appear to have become more radicalized and joined incel groups online.

“The older [groups] are dying off,” says coauthor Jeremy Blackburn, an assistant professor at Binghamton University.

Indeed, it seems that not only are older, less violent groups dying off, but membership in the more violent groups is becoming more toxic. To determine the level of hate being espoused by these groups, the team used a machine-learning tool developed by Google, called Perspective, that looks for keywords in speech. It produces a “toxicity score” to give an idea of how much hate speech is being used in the forums.

The team’s analysis showed that speech in the most extreme manosphere groups on Reddit, known as subreddits, was far more hateful than the speech of a random sample of Reddit users, and more on the wavelength of fringe far-right hate groups like those that frequent the social network Gab. And it’s getting worse. Over time the toxicity score has risen across all manosphere forums.

To keep track of the various manosphere groups, the team had to skim seven dedicated forums, along with 57 subreddits and a number of specialized wiki groups. Many of these wikis sprang up after the groups were banned from social media for their extreme views. The team built software to scrape information on threads dating back to 2015, encompassing 138,000 users and 7.5 million posts.

The way these groups use language made the task tricky. Summer Long, a research assistant on the project, says that the extreme end of the manosphere often uses vulgarity as a self-deprecating measure, which can confuse the systems trained to look for such words.

Incels also often use seemingly innocuous language to sidestep Reddit moderators. One term that appeared often was “smv,” which stands for “sexual market value.” And one common trope is “spinning plates,” used by pickup artists who date as many women as possible. To a casual observer, those words might mean nothing. To a wannabe incel, they are a sign he’s come to the right place.

“It’s worth noting that this is a big challenge and that [our way of] measuring toxicity is not perfect,” says Blackburn, noting that Google Perspective has been shown to miss problematic language and might even exhibit racial bias. Still, he thinks that this is a major first step toward identifying people’s migration from less violent groups to more violent ones.

So what can be done? One step might be to create tools to help spot and protect potential victims, along with an earlier analysis of when and how men’s rights and MGTOW groups get radicalized, says Blackburn.

Reddit has taken steps to crack down on incel-sympathizing subreddits. For example, r/Incel has been banned since November 2017, but an alternate subreddit, r/Braincels, quickly took its place, gaining nearly 17,000 followers. It was banned in October 2018. After the publication of Blackburn and his colleagues’ paper on the arXiv preprint server, Reddit put the r/MGTOW subreddit in quarantine, which means that its content is deemed “extremely offensive or upsetting to the average redditor,” it can’t generate ad revenue, and visitors must click a pop-up saying they understand that other redditors find it offensive. But this crackdown has forced many incels toward even more extreme sites, like Gab.

Long said spending time in these forums and subreddits as a woman was “eye-opening,” and that she could see how minds are “poisoned” in an echo chamber.

“It’s horrifying,” she says. “But you can see how it molds someone’s view into being fatalistic. [It’s] a no-hope ideology.”

Yes, it looks like Sexual False Consciousness is on the way out at last. And since SFC is the principal force binding the male masses to the existing social order, the effects of its collapse will surely be great indeed. Over the past decade, many SFC-brainwashed chumps and deluded tradcucks have laughed at me and my words. But of the many who laughed then, not so many are laughing now; and in the coming decade, I doubt many of those who are still laughing will be laughing any more. 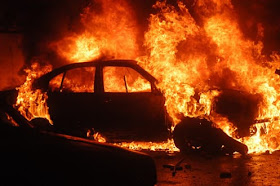