Anglobitch: a Tale of Generations 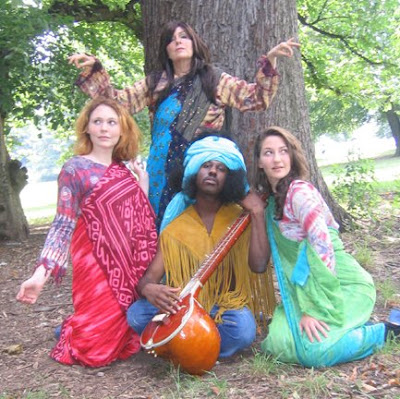 People ask me continually, why do you retain such optimism in the face of the irascible monster than is Anglo-American feminism? How can you keep so cool in the storm of impending social collapse?

My answer is this: Anglo-American feminism is intimately linked to the left-liberal, neo-Christian collectivism of the Sixties. And that is a dying agenda, because its adherents are literally ‘dying off’. Someone who was 15 in 1960 is 63 today; and time waits for no man. Before too long, the whole Flower Power generation will ‘pushing up daisies’; and then we can erase their sickly legacy for all time. With this in mind, it is vitally important to groom young, intelligent men for the pan-Anglosphere Men’s Movement; for they will carry the future. Fortunately, intelligent young men are those most attracted to our movement, because young women eschew them for thugs – happily creating a sense of sense of sexual grievance they will carry into adulthood (and ultimately power, influence and responsibility). It sounds harsh, but defeating feminists (and Anglo-Saxon women in general) is our primary concern. This is, after all, a war: and as such must be waged with unrelenting harshness: if hatred and anger are our best weapons, so be it.

Liberal assumptions are at the heart of Anglo-American feminism. As President Reagan once said, ‘problems are obstinate’: yet to liberals, the most obstinate problems can be wished away like dreams. For example, the weighty research demonstrating that children reared by lone females are far more prone to crime, failure and dysfunction never engages the liberal-feminist mind; such facts are swept under the liberal carpet, there to geminate in darkness and grow into vast, insoluble issues. Make no mistake: since Anglo feminism achieved hegemonic dominion over the Anglosphere in the late Sixties, there has been an irrevocable decline in public standards. Anglo feminism is at the kernel of all that has failed; and this pernicious influence can be broken down into five core modules:

3.Male Alienation & Exclusion – Men are increasingly marginalised, their claims ignored, their contributions derided; viewed as walking ATM machines by both women and the State, many are withdrawing their consent from the Anglosphere.

4.Feminization – western societies in general (and the Anglosphere in particular) are increasingly anti-rational and pro-collectivist, anti-scientific and pro-sentiment. This is the direct result of society’s feminization.

5.Population Decline – there are too few children being born in the west – hence the need for immigration to fill the demographic gaps. In itself, this is no bad thing (‘better Poles than Proles’); however, it will make for less stable societies. And the immigrants of today will probably rule the future: since, due to the rise of ‘female partner-choice’ in the west, only the stupidest male indigents get to breed.

Despite all this iniquity, take heart: as the poltroons of the Sixties grey out and die off, their influence will wither. Indeed, liberal hypocrisy has been under attack since the Eighties, when its follies first began to be challenged.

Most of the delusional Sixties ‘outlook’ derives from a specific generational experience. The parents of Baby-Boomers grew up in the poverty of the Thirties, or during the War; consequently, they provided an indulgent environment for their children, to compensate for their own negative experiences. This indulgence gave rise to most of the follies of the Sixties; especially the tendency to deny reality in favour of some pre-conceived, collectivist dream-world. This same tendency lies at the root of Anglo-Saxon matriarchal feminism, mired in double-think and hypocrisy. And when the Sixties die, Anglo feminism will perish also.
Rookh Kshatriya at 15:52