The BNP, Protest Voting and the Rise of the Anglobitch 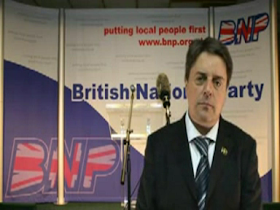 The BNP (British National Party) is a unique aberration in the history of the Anglosphere. Never has a far right wing, neo-Fascist political party achieved so much electoral success in an Anglophone country: as well as having a presence in local Government, they also have not one but TWO MEPS (Members of the European Parliament). Readers outside the UK may not have heard of them, but it is impossible to doubt that their recent successes represent a watershed in Anglosphere politics.

Much learned ink has been spilt on the BNP phenomenon, but one key factor has been overlooked: Anglo-American feminism and its impact on young, disenfranchised males. In an online article, referring to research by the Joseph Rowntree Foundation, Arun Kundnani examines who really votes for the BNP:

New research into how people voted in local government by-elections in autmumn 2003 shatters some of the myths about who votes for the BNP. The study indicates that BNP voters are not, as often supposed, disgruntled, elderly people who are uncertain about a changing world. And, the rise of the BNP cannot be attributed to traditional Labour (Democrat) supporters, having grown frustrated with the current direction of their party. The evidence also suggests that those who vote for the BNP are not just being tactical but really do support the party's views. And the theory of BNP success resting on low turnouts does not hold water.

The most startling revelation of the report, entitled 539 voters' views: a voting behaviour study in three northern towns, is that, in the areas studied, the younger one is the more likely one is to vote BNP. Around one in three of 18-25 year-olds said that they voted for the BNP. 46 per cent said they had voted for the BNP on a previous occasion. While the Labour Party had strong support among older age groups, hardly anyone in the 18-25 category voted Labour (Democrat). In this age group, large numbers of young men have been attracted to the BNP's message - making it the only party whose support is predominantly male. 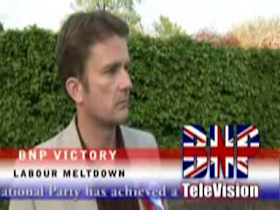 So the BNP really appeals to a very distinct, and quite unexpected group: young, disenfranchised white males who do not usually vote or take part in politics. Interestingly, this group of males is also the group that has lost most by Anglo-American feminism. The skewing of education in favour of females, for example, has quashed opportunities for young men to improve themselves; and the endless vilification of males in the media has damaged young males' self-esteem. Young, poor white males are now the lowest-achieving group in British schools - and this failure is echoed all around the Anglosphere.

Could the rise of the BNP be directly linked to misandrist agendas emanating directly from Anglobitch feminism? Could it be a visceral response to decades of misandrist vilification from the Anglo-Saxon cultural Establishment as it brutally promotes the Anglobitch and her endless 'rights'? Really, these questions answer themselves. After all, one decisive plank of the BNP's political programme is to remove all women from the workplace, thereby expanding male employment opportunities. And the party's far-ranging racist, anti-immigrant agendas serve to minimize sexual competition for young white males from dark-skinned immigrants lionized by the liberal media.

In fact, what we are witnessing is a hegemonic breakdown, in Antonio Gramsci's terminology. That is, the ideological cement that binds the consent of the masses to the existing social order is crumbling, creating new opportunities for ideological reconstruction. At a more pragmatic level, young white males simply have no reason to support the existing hegemony. The Anglo-American matriarchy simply offers them nothing, making rejection of its misandrist edifice a revolutionary act.

In short, the BNP presents a perfectly packaged range of measures to correct young white males' many gender-based grievances. Is it any wonder they are flourishing?
Rookh Kshatriya at 02:34