Repression, Freedom and the Mexicatl One World: Aztec Thoughts on the Anglobitch Thesis 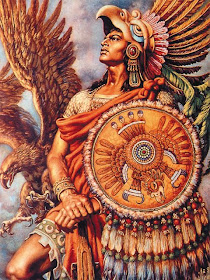 I know a number of my readers hail from Mexico, that dark, virile land of exotic ruins and glittering mysteries. I recently reread a book I first encountered over twenty years ago, namely Gary Jennings' Aztec. This wonderful novel sheds much light on the Anglobitch Thesis, exposing the repressive dysfunction at the heart of Anglo-Saxon culture and its ultimate, tragic expression in misandrist feminism. Jennings spent over ten years in Mexico researching his peerless novel, even going so far as to learn the esoteric art of Aztec picture writing and Nahuatl, the ancient language of the region. This intense immersion in Aztec culture bore fruit in a book that shows us a sophisticated world of trade, warfare and statecraft entirely free of Anglo-Saxon - indeed, western - repression, and its attendant misandry.

The fictional narrator is a certain Mixtli, the son of skilled artisans who by judgment and good fortune rises into the mercantile class and then, for a brief time before the Spanish conquest, the Aztec nobility. His autobiographical account is full of extraordinary journeys and adventures in the three nations of the Nahuatl One World, not to mention the fascinating peoples of central America, including the Maya, with whom they trade.

The light that Aztec sheds on the Anglobitch Thesis is especially interesting. Aztec culture is gallant, manly and virile, without a trace of feminist misandry or female 'appeasement'. This 'masculine' civilization flourishes because Aztec culture is entirely free of sexual repression. Consequently, women have no intrinsic status in ancient Mexico, beyond their social birth-class. This shows us that feminism does not - indeed, can not - exist in a truly liberated culture. When sex has scarcity value it becomes a sacrament bestowed by women on males, thereby creating a misandrist climate that permits both the rise of feminism and the marginalization of men. 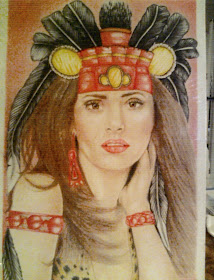 Wherever Mixtli travels, fresh young women are available for his sexual entertainment. Every inn on the road has an adjoining whore-house, just as it has beds, drinks and breakfast. A lissom whore is always available, served up like a glass of wine or a hearty meal, an uncomplaining body for men to enjoy. Sickly Anglo repression is utterly absent from the Aztec world - and with it, misandrist feminism of the odious Anglo variety.

The foregoing illustrates the intimate relationship between sexual repression and feminism. In repressed cultures, female status automatically rises as 'givers' of sex, while male are denigrated for being sexualized beings. Misandrist feminism arises from these imbalanced conditions, then the rabid misandry that defines the contemporary Anglosphere. Indeed, Pan-Anglosphere civilization with its sickly 'homosociality', endemic misandry and rampant 'woman worship' exemplifies the dangers of repression like no other. 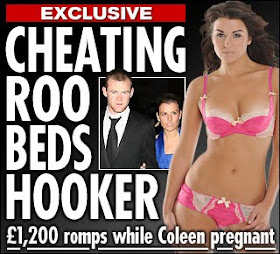 Recently, the British press has been bleating abuse against international soccer players Peter Crouch and Wayne Rooney for enjoying the services of prostitutes. This hypocritical, hysterical opprobrium highlights the repressive puritanism that still characterizes the Anglo-American world. If virile young males want casual sex, so what? They are merely expressing the healthy instincts of youth. True to their subliminal puritan agenda, however, the British press reflexively excoriate Rooney and Crouch as depraved monsters for merely acting as normal young males. Despite its boisterous rhetoric, Anglo culture inheres to a puritanical ethos that decries healthy sexual appetites as 'sick' and 'sinful', demonizing all males by default. Observe everywhere the results: male educational failure (despite superior intelligence), soaring male suicide rates, the 'feminization' of Anglo intellectual life, and much else besides.

The contrast with Mixtli's world of boundless masculine liberation is searing and absolute. In Aztec society, men enjoy complete liberation and women have no power; in the contemporary Anglosphere, men are erotically suppressed and women have all the power. Clearly, feminism will flourish wherever male sexual freedom is absent, which is why our Anglosphere nurtures the most misandrist brand of feminism of all. And so the Anglobitch Thesis is confirmed yet again, in all its particulars.