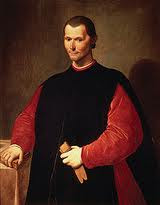 Machiavelli placed great reliance on the motivated citizen army as the best defensive backbone of any state. Mercenaries might well be excellent soldiers but - and it is a crucial but - their lack of loyalty makes them a liability in the long run. If they are victorious, they wish to subvert the State and seize power for themselves. If defeated, they 'serve up misfortune' in the usual manner.

In many respects, western males (and Anglosphere males in particular) have been reduced to mercenaries by feminism and sexual politics. They have no intimate connection to the nations in which they live, no longer raising families or taking any active social responsibility. This is especially true of middle-class males, who enjoy a nomadic existence as technical or commercial consultants while excluding themselves from social and civic life. According to Machiavelli, such a state of affairs will make the State brittle and prone to external overthrow, since mercenaries have no loyalty to any State or sovereign.

I would argue that the men's Movement is the organic expression of this new 'mercenary' mindset. What have always been the pleasures of a mercenary? Sex and money. And on the one hand we have the Game practitioners telling men how to acquire sex outside traditional forms of commitment, while more serious MRA theorists coach men to avoid divorce and try their romantic luck in foreign lands (thus protecting their assets and incomes). Neither of these two strategies should be decried, of course; having been dealt a mercenary's hand by misandrist Anglo feminism, Anglo-American men can hardly be blamed for acting like mercenaries.

In earlier eras, men across the Anglosphere would usually rally when their country called. Intimately embedded in the cultural nexus, such loyalty represented their obligations as social beings. Today, only the 'no hope' working classes join Anglosphere armies in any numbers (explaining the Anglo elite's willingness to commit such troops to military 'lost causes'). By contrast, the middle-class Anglo-American male has largely 'washed his hands' of such fruitless loyalties.

Tommy Fleming and other Anglo-American conservatives claim that this withdrawal represents the deterioration of American manhood. They miss a crucial point, however: that post-feminist Anglo-American society does not reward masculine loyalty. Simply put, there is no pay-off for male conformity under the feminist matriarchy. While earlier generations of men could expect loyal wives, stable families and public recognition in return for their social loyalty, the post-feminist world offers only sexual disenfranchisement, costly divorce and public vilification in return for chivalrous behavior. 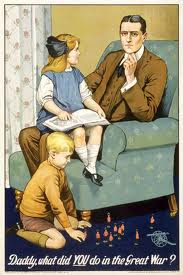 Tommy Fleming and his ilk expect men to 'open their veins' for women for no returns whatsoever. In the conservative model of things, the male is like a customer who enters a car-dealership with a million dollars in his pocket. He is expected to lay all his money down on an old, clapped-out jalopy and be damned happy for the privilege! Indeed, Fleming (and a good many 'new conservative' feminists) would have him revel in the experience, oddly grateful for the uneven transaction.

And so the mercenary lifestyle can only grow. While David Futrelle might sneer at MRAs 'going Galt', mercenary values are already widespread among middle-class, Anglo-American males. A few decades ago, 80% of Americans in their twenties were married; today, the figure is a mere 20%. In a few years, that figure will drop to zero - and be echoed all around the Anglosphere.

Machiavelli argued that reliance on mercenaries is the root cause of any society's collapse. Rome itself came to rely on Visigothic mercenaries and, according to Machiavelli, its long-term decline and fall coincided with this reliance. In a broader sense, any State is reliant on male goodwill for effective functioning. The female contribution is largely in the humanistic field, the liberal arts and the 'caring' occupations like nursing - insufficient to keep advanced industrial societies functioning. Male disengagement (or expulsion, depending on one's perspective) across the Anglosphere will inevitably witness the fraying of societal structures and, more important, the informal assumptions that sustain them. Indeed, it could be argued that this process is already well-advanced, especially in Britain and the United States - the two core Anglosphere countries.

The 'traditional' men's movement has a misguided obsession with 'putting the clock back' to a pre-feminist era such as the 1950s. This is problematic in a number of ways, not least that the puritanical Anglosphere nurtures a centuries-old misandry. In addition, complex social processes are by definition irreversible, nullifying such reactionary ambitions. Once a significant social phenomenon like feminism has been 'lived through' (as Wittgenstein put it), it cannot be wished away; its influence becomes permanent.

Given these difficult facts, yearning for return to some pre-feminist idyll is both undesirable and pointless. Far better to meet the new conditions with mercenary verve.
Rookh Kshatriya at 12:55