The Costa Concordia and How White Knights Missed the Point

The Costa Concordia sinking was an informative tragedy. That is, it exposed all that is wrong with contemporary Anglo-American gender-relations. First, let us amuse ourselves with an Anglo White Knight's hysterical response to events. A N Wilson's article appeared in the British right-wing tabloid, the Daily Mail, shortly after the sinking. The Daily Mail has the dubious distinction of having supported Hitler, by the way... but I digress:

Whatever Happened to Women and Children First?

When the Titanic went down in April 1912, the Captain’s orders were: ‘Women and children first!’

Although this legendary edict was never part of maritime law, it was adhered to so strictly on the Titanic that men were actually stopped from boarding lifeboats, many of which went to sea only three-quarters full. There were only a few exceptions to the unvarying tales of heroism: three men in steerage who disobeyed the rule — Italians, coincidentally — were shot.

The chivalry was reflected in survival rates: 74 per cent of the women were saved; 52 per cent of the children; and just 20 per cent of the men. It meant that Titanic’s sinking quickly became the stuff of mythology. The Chairman of the White Star Line, Joseph Bruce Ismay, who was on board the liner and did escape in a lifeboat, was branded a coward by the world’s Press for leaving the Titanic while there were still women and children on board.

Nellie Taft, wife of the U.S. President, mounted a campaign to raise funds for a monument that would be inscribed: ‘To the brave men who gave their lives that women and children might be saved.’

The tragedy of the wrecked cruise liner, the Costa Concordia, with its dreadful loss of life and hideous memories for the terror-stricken crew and passengers, has appalled all of us. It would now seem as though the accident was avoidable, and this makes it all the more horrifying for everyone who lived through what one crew-member called a 36-hour nightmare. One of the features of the disaster that has provoked a great deal of comment is the stream of reports from angry survivors of how, in the chaos, men refused to put women and children first, and instead pushed themselves forward to escape; and how the Italian crew ignored passengers and reportedly shouldered their way past mothers and pregnant women to get into lifeboats...

But in our day, with the advent of feminism and the professional woman, chivalry and manners are considered stuffy and old-fashioned. As the father of three daughters, I do not, with a single fibre of my being, wish to go back to a time when women could not have the vote or get a university degree. Nor do I, surrounded by extremely strong-charactered and intelligent women in my family and among my friends, feel tempted to regard women as the frail sex.

But the fact remains that there is a longing among most men to protect women and children, and chivalry is simply a manifestation of that longing. And whatever transpires about the reason for the Costa Concordia disaster, the disappearance of a chivalric code is a sorry reflection on society today. 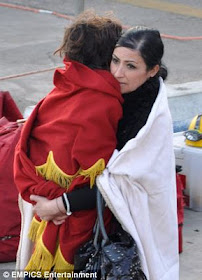 This farrago of White Knight, Anglofag drivel can educate as well as entertain, however. Among the points arising:

1. The Mainstream Media are woefully out of touch with contemporary society - especially the 'conservative' media. All the highly-ranked comments on Wilson's article are 'anti-chivalry' and could come straight off the Spearhead. Not one of them supports his absurd double-standards. Here are two good examples:

What happened? Feminism happened. It took our jobs, our children, our freedom and our dignity. It denigrated, and lied, until we were little more than dirt in the eyes of society, unpleasant and expendable individually, though useful macroscopically. In an age of guilty till proven innocent, where law is bent subjectively to suit any purpose, a slow realisation and attitude of resentment is sweeping throughout the psyche of the captor, conscious for some, but present for most. Your conviction in this is irrelevant; expect more examples of denial of female privilege, gradually escalating, until something significant changes.

OK, so you are on a sinking ship. There is one lifeboat. Your companions are the Eagle Sisters, Dianne Abbott, Jackie Smith, Harriet Harman, Teresa May (all hideous feminists - RK) and a single other male who is knowledgeable about cricket and fine wines and tells a good joke. You have a pistol. Discuss.

The second comment is particularly revealing. Wilson seems to assumes all women are Edwardian 'ladies' wafting around in a haze of perfume and poetry. Note also how the Costa Concordia women shown in the media are all presentable, feminine and middle class - quite unlike the vast majority of Anglo females. The 'Lady' archetype is always wheeled out for these occasions despite most Anglo-American women being obese, drunken, vicious, ugly and loud. Has Wilson been living in an upper-middle class cocoon for most of his life? I suspect so.

In brief, times haves changed. The old Anglofag nonsense has been steadily eroded by the Internet and the Men's Rights Movement. If there is indeed 'a longing among most men to protect women and children' why did this chivalry not manifest itself on the Costa Concordia? Moreover, why did so few male commentators on Wilson's article support his antiquated ideas? And why did so many readers rank his critics so highly?

This movement is often accused or changing nothing in the real world. Odd, because we now live in a world where masculinist values are omnipresent - a completely different world than even twenty years ago. White Knights and feminists can bleat until they are blue in the face but the era of 'pussy passes' is clearly at an end.

2. Paradoxically, feminism can only work in a patriarchal context. Bizarre but true, this observation cuts right to the heart of feminism. The females on the Costa Concordia were looking for male authority ('an officer') to protect their privileges. Without patriarchy, without men, feminism would not be possible.

The same must be said of post-feminist Anglo-American society in general. When men are fleeced in the Divorce courts and robbed of their children, male judges and police officers typically do the dirty work. When feminists say 'we need to stop international sex trafficking' they really mean, 'male-headed and staffed police agencies need to stop international sex trafficking'.

That doesn't sound quite the same, of course. If large numbers of men defect from society, however, feminism will crumble. And the lesson? The Costa Concordia showed the true power we wield.

3. Being mercenaries (see my previous article), men are not 'playing the game' any more. There is no reason - sexual, economic or social - for men to conform to their traditional 'gender obligations'. Simply put, feminism and female emancipation have eliminated all payoffs for chivalrous behavior. Being a 'nice guy' leads only to sexual disenfranchisement, divorce and poverty, hardly gold-plated incentives. If the grinding tedium of medical school were not rewarded with elevated salaries, would anyone attend? Of course not! But White Knights like Fleming, Wilson and Futrelle (plus the emerging breed of 'feminist conservatives' - that is, women who like rights with privileges) expect men to queue up for chivalry without a single economic, social or sexual reward... fortunately, most men are not as stupid as they are.

1. Hatred of recreational sex, in all its forms (prostitution, hook-ups, sex tourism).
2. Idealization of women (in the teeth of all contrary evidence).
3. Misandry - both groups reflexively demonize men as sexual beings.
4. Racism and classism - both feminism and conservatism are white, middle class, Anglocentric movements dismissive of anyone outside their privileged world. And both movements have a scurrilous history of racism and intolerance.
5. Coercive - both movements detest personal freedom, especially male sexual freedom.
6. Christian - both groups usually commit to a joyless, hypocritical protestantism derived from English Puritanism: anti-sex, anti-pleasure and anti-men. And sick in the extreme.
7. Both groups are imperialistic, obsessed by exporting their warped values around the world. In the case of feminism, this theme has grown much stronger in recent years (partly because men now have no rights in the Anglosphere, obviating the feminists' original mission). They seek new lands to conquer. The 'anti-trafficking' agenda is a central plank in this new feminist imperialism.

Perhaps the best answer is that Anglo-Saxon conservatism and feminism represent different ideological manifestations of the same cultural phenomenon - puritanical repression. One is reminded of the pigs in Orwell's Animal Farm: indistinguishable from the tyrannical farmers. The more Anglo feminism preaches 'revolution', the more it stays the same.

As an amusing conclusion, just look at who Daily Mail bigot Peter Hitchens (brother of the deceased Christopher) links to:

Yes, it's our cross-eyed friend, Tommy Fleming! The link between Anglo feminism and Anglo conservatism could not be clearer. 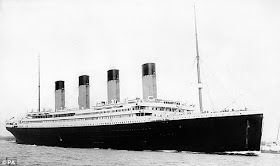