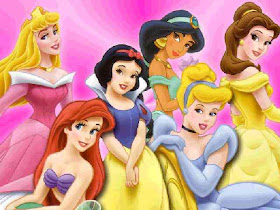 In the contemporary Anglosphere, a cultural bloc in its death throes, the underlying caste system has become painfully apparent over the past four or five years. In a puritanical society with a reflexive revulsion of the male sex, women are at the top and heterosexual men at the bottom. In between are various types of pseudo-female, who are now the official spokespeople for masculinity:

There it is, in five lines: a neat summation of the contemporary Anglosphere. The whole culture exists to serve white, Anglo-American women who are viewed as faultless deities and the existential benchmark to which all all others must aspire. In the Anglosphere, only female sexuality matters: straight males are tacitly viewed as destructive interlopers and their sexuality vilified. Female wants and requirements transcend all other considerations; in sum, society exists to serve them.

This gyneocentric agenda is absolutely dominant in the lamestream Anglo-American media, where straight men are routinely depicted as criminals, abusers or dangerous incels. Outside of professional sports, the heterosexual male viewpoint has been largely banished from the media. Gone are the days of Walter Kronkite: newsreaders, talk-show hosts and even weather reporters are now typically female, usually heavily sexualized and indoctrinated by sex-negative misandrist feminism.

So total is this gyneocentric fixation that the new spokespeople for 'men' are either castrated, whining Anglocucks or the new breed of transsexual 'hyper-cucks'. Authentic heterosexual men are ostracised from public discourse in the Anglo-American world: of course, this is why the manosphere has expanded to fill the gap. This was never more obvious than in the wake of the Alek Minassian massacre, where 'lamestream' media discussion was dominated by absurd cucks such as Mack Limoureux and David Futrelle, deluded Boomer women and lesbian deviants (like the fabled 'Alana' who supposedly founded the incel movement in 1993). The few 'males' consulted were transsexuals who 'ascended' to surrogate female status in the Anglosphere's gender-caste system.

Fortunately, the gulf between the rulers (Anglo women) and the sub-rulers (non-Anglo women) is widening into a hostile schism:

Women across the U.S. are preparing to head to Washington, D.C., for the third annual Women’s March on Saturday, braving forecasts of bad weather and a location change due to the government shutdown. But these are the least of the problems bedeviling the march, as sponsors including the Democratic National Committee, the NAACP and the Human Rights Campaign are withdrawing their support. Ugly accusations of anti-Semitism appeared first in the online publication Tablet and then in the New York Times, and they have only been exacerbated by the refusal of Women’s March co-president Tamika Mallory to distance herself from the anti-Semitic statements of the Nation of Islam’s Louis Farrakhan. On the television show The View on Monday, Mallory pointedly declined to renounce Farrakhan, although in a subsequent appearance on the podcast “The Breakfast Club,” she spoke out against anti-Semitism. Calls for Mallory to step down are being heard, and a Change.org petition demanding that she do exactly that has nearly 4,000 signatures.

An expatriate American poster called Lawrence first described the post-colonial influence on Anglo feminism in his brilliant and oft-quoted 2018 essay:


Still, I think there’s something else at work in the Anglosphere which has to do with Anglosphere history. Most countries in the Anglosphere were settled by invading British colonists who pushed out the natives and took slaves. That’s the history of North America in essence. But this all changed in a nasty and bloody way for the Anglosphere that was very different from Latin America, where there wasn’t the history of open and hateful group conflict like there was in America’s civil war in later history. It just seems like the lines are more blurred in Latin American countries. So North America, in particular, has had this nasty history of rival ethnic and racial groups, displacing the natives and fighting bloody wars against each other, and never came to an understanding about it. And then cultural Marxism came, whipping up and playing on these conflicts as a wedge against the West, and it found its most fertile ground in the Anglosphere. The malicious Anglo feminists of US divorce courts and #metoo seem to borrow a lot of that group warfare language, and maybe that combined with the Puritanism has made the Anglo strain very ugly and hostile.

True enough, but while the colonial heritage might fuel misandrist white Anglo feminism, it is also a dangerous weapon for white feminists to utilise. Since deep ethno-cultural divisions undercut all levels of Anglo society, not even the dominant female caste can escape its destabilising influence. 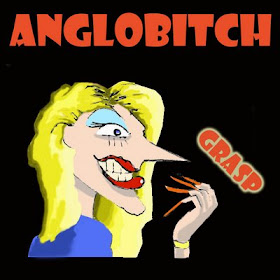