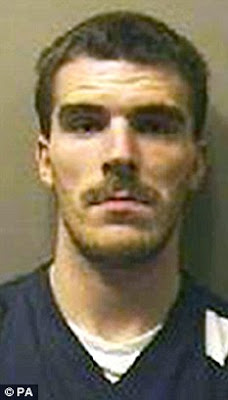 A horrible but instructive tale, the murder of simple-minded Michael Gilbert in January 2009 shows us where the Anglosphere went so tragically wrong in allowing women rights without responsibilities. Read the following carefully, and you will find a misandrist, matriarchal subtext of alarming proportions. As Professor Daniel Amneus argues in The Garbage Generation, matriarchy leads only to the Stone Age. The Anglosphere's decline into neolithic matriarchy is already well-advanced (at least among the ever-expanding socio-economic underclass), and misandrist barbarism is the only possible outcome:

A FAMILY of bloodthirsty sadists were facing life in jail last night for the hideous torture and murder of a vulnerable youngster they kept captive for ten years.

Tragic Michael Gilbert, taken in when he was 15, was treated as a slave by the warped scroungers who inflicted pain on him for fun and used him as a source of income - topping up the brood's £38,000 ($60,000)a year in benefits and dole. When Michael finally died from the abuse aged 26 they beheaded him, cut up his body and dumped the parts in a lake at a beauty spot called the Blue Lagoon. 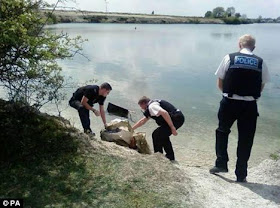 Michael had led a life of misery at the hands of six abusers, family matriarch Jennifer Smith-Dennis, 58, and her sons James Watt, 27, Richard, 25, and Robert, 20. Willingly joining in the sadism were James' girlfriend Natasha Oldfield, 29, and Richard's lover Nichola Roberts, 22.

Michael, who had learning difficulties and was emotionally immature, was a strapping 6ft plus and nicknamed the Big Friendly Giant. He was taken into care aged 15 after being (falsely) accused of rape. It later emerged the victim invented her story so she would be put in care to escape her own dire home life.

While Michael was at the Brambles Children's Home in Luton, Bedfordshire, he met James Watt, then 15. Watt introduced his new pal to his family who took him in, registered him as unemployed and began taking his dole.

They then started the sickening abuse. Michael was forced to sleep handcuffed to a bed and wear just boxer shorts to discourage him from escaping. He was routinely beaten for pleasure, shot at with an air rifle and made to drink his own urine. Michael had his pubic hair set on fire, was hit with baseball bats, jabbed with dirty syringes, made to stand in boiling water and smashed over the head with snooker balls and fluorescent lighting tubes. James Watt dropped snooker balls from a height on to his testicles.

Michael was also left in agony when James would order him to lie on the floor, shove a piece of wood in his mouth and, putting a hand on each end, do press-ups over him. His tormentors used mobiles to make "happy slap" videos. One released by cops yesterday showed Michael standing against a wall while two men punched him. The family could be heard laughing. Mole grips were attached to his genitals and he was led "like a dog" around the house in Luton. 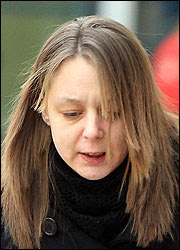 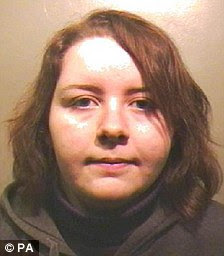 The constant abuse left him unable to control his bowels and he was punished if he failed to make it to the toilet. He was even made to goad a bearded dragon lizard the family kept until it lashed him with its giant tail. The court heard how Michael was once asked by Richard why he put up with the abuse. He replied: "I love you lot. You are my family." 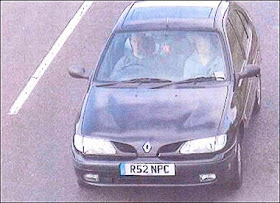 His last days were spent with a bloated stomach, unable to walk. He died on a mattress smeared in his own excrement in January 2009. When the body was found, Richard, James, Robert and Oldfield cut him up. An vehicle owned by Nichola Roberts was used to take him to the Lagoon. A police camera captured Robert, James and Richard on the way. Four months later his headless corpse was found in a bag by walkers at the lagoon in Arlesey, Beds. It had been weighted down with a stone from the Watt's patio.

Michael Gilbert was in every sense a victim of the Anglosphere's burgeoning matriarchy. He was falsely accused of rape (note how Murdoch's mouthpiece The Sun tries to gloss over his accuser's malevolent intentions). As a low status male, the UK Police and other authorities were entirely indifferent to his plight (contrast his treatment with the feminist media's obsession with 'trafficked women'). He fell into the clutches of a post-feminist kinship-gaggle, comprising the psychotic, criminally-prone individuals routinely produced by such pseudo-families. In the Watt family, only Jennifer's third husband Antonio had a job, and he alone was acquitted of all charges - a tale in itself.

In the coarsest sense, Gilbert was also physically attacked by misandrist underclass women, both of whom actively contributed to his tragic death. As we all know, women can attack men with near-absolute impunity in the post-feminist Anglosphere, as this tragic tale proves (indeed, Natasha Oldfield was actually smirking and laughing in court while discussing her hammer-attacks on Gilbert's stomach. It was, to her, a joke). Finally, the inane institutions of post-feminist civilization (and we use the term loosely) directly contributed to his death, since Oldfield evidently considered his torture a kind of 'game show'.

On analysis, what initially appeared an idiomatic expression of British underclass savagery is revealed to express the core themes of our unravelling culture: institutionalised misandry, matriarchal barbarism, rampant Murdochracy and legally-empowered feminism. Watch well, friends, for the idiomatic events of today can so quickly become the norms of tomorrow.
Rookh Kshatriya at 16:00